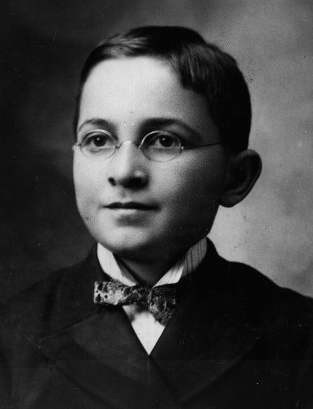 There are no photos of Henry Englund, but this photo of a young boy was taken in 1897, the year Henry died. Who is this boy in the photo? Answer at the end of this post!

I wrote this essay several years ago, inspired by a tombstone in the Soos Creek Cemetery. It was my first attempt to parlay a simple tombstone inscription (and a bit of associated research) into a biographical essay. Although the essay veers strongly into the realm of autobiography, it was successful enough that I decided I wanted to create a collection of similar essays based on the lives of several people in a single cemetery. The Auburn Pioneer Cemetery website was the resulting project. For me, the biographies are the heartwood at the core of the site.

Little Henry Englund spent his last happy day playing along the banks of Soos Creek. Like any six-year-old boy, he was lost in a world of his own imaginary adventures. Clearly, he wasn’t paying any attention to his surroundings, but I’m still mystified that he could have actually managed to fall into the creek. Then as now, it was surrounded by a wild net of brambles and branches; in places, you would need a machete to hack through the growth to get to the water. Perhaps Henry had kneeled down at one of the few open verges of bank to pursue a bright green, nickel-sized frog. Maybe in reaching for that tiny prize, he slipped on a rock greased with mud and tumbled head-first into the creek. He must have bumped his head—there’s just no other way I can imagine him being hurt in the slow, shallow water of Soos Creek.

But he was hurt. Someone, a playmate or a parent, must have seen him fall because they pulled him out of the creek before he could drown. He did, however, aspirate enough water into his small lungs to develop pneumonia. Henry died, leaving his family with their memories of him as they had last seen him: a bright and playful six-year-old boy living out his dreams of summer adventure.

Henry Englund died in 1897 and is buried in the Soos Creek Cemetery. His parents evidently saw no irony in burying him in ground named for the very creek that had taken his life. In their time, the fact that even thriving, energetic children like Henry could die without warning (and all too frequently did), was simply a tragic fact of life to be endured as God’s will.

Fifty years later, parents had formed different expectations regarding their children’s long-term survival. The death of a child, never an easy event to shrug off, by then became the central and defining tragedy in the lives of the surviving family. My parents, in the 1960’s, bought a house from such a family. The grieving parents felt they couldn’t stay after their small son had wandered from the front yard and was later found face down in Pringle Creek—only a block away from their front door. After burying their child, they decided their hearts would only heal (if they could heal) somewhere that wasn’t poisoned with the aftertaste of that horrible tragedy.

My mom and dad, despite having three children under the age of five at that time, found the house’s quick-sale price far too hard to resist. How they thought they could keep their own children safe from a fate that had already claimed one young life is something that they never explained. I believe they must have thought of that earlier child’s drowning as a fluke, the tragic outcome of extenuating circumstances that would probably never converge again. Looking down from the nearby bridge into Pringle Creek, I can understand that conclusion. From that vantage point I saw that even the spawning salmon had too deep a draft to navigate Pringle Creek comfortably. I remember playing with my sisters for hours on end in that creek and seldom getting more than our feet and ankles wet. Except for the rare winters when we had actual flooding, the creek just didn’t seem like much of a threat. That little boy’s death, just like Henry Englund’s, must have involved some sort of incapacitating fall. There’s no other way I can imagine him being hurt in the slow, shallow water of Pringle Creek.

I never even knew the name of the little boy who drowned up the street, but I spent my childhood looking over my shoulder for him when I climbed the narrow stairway at bedtime, and expecting to see his grainy image appear behind me as I glanced into my mother’s mirror. Maybe it’s only because I grew up obsessed with the possibility of this little ghost that Henry Englund’s story strikes such a chord in me. I’m not the kind of person who goes to church, so I don’t light candles in the memory of departed souls. However, whenever I walk the Soos Creek Trail, I gather all the pennies in my car (for some reason my car has pennies like a dog has fleas) and take them with me. There’s a hollow stump that sits near the trailhead, and I always pause to drop those pennies there in the memory of Henry Englund. I imagine some little boy finding them there as he plays along Soos Creek, and wondering if the booty came from pirates, bank robbers, or maybe misguided tooth fairies. All little boys should get to live out their dreams of summer adventure.

3 thoughts on “The Sad Death of Henry Englund”