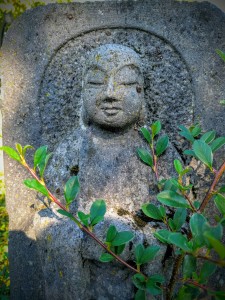 It was more than four years ago now that the City of Auburn announced that they had engaged the services of a professional historian to produce a landmark nomination for the Auburn Pioneer Cemetery. Once completed and accepted, this document would thereafter serve as the City (and King County’s) officially endorsed history of the cemetery.

This decision wasn’t exactly a surprise, but I will admit I was stunned by the communications (or lack thereof) that the City indulged in during the period they planned for this event. Based on this red flag, I decided to not pursue a role in the process, but wished the best success for their consultant. I was happy that a professional would be handling this important matter, although I was dubious about how adequately she’d be able to research the complex history of this very unique place during the six months before the draft was due.

So I continued to wait, realizing that, if the process was taking this much time, at least the resulting nomination would be as thorough as it possibly could be.

And I continued to wait.

After three full years, and knowing that the City had already demonstrated that it was not interested in responding to requests even from one of its own citizens on this topic, I made a decision to take the County at their word that “anyone” may nominate a location for landmark status (KCC 20.62.050a) and submitted my own draft nomination. I honestly didn’t want to take on the project at this point. My goal instead was to spark what might have been an awkward communication from King County to the City of Auburn asking them to please get their shit together; otherwise, the county commission could end up in the unenviable position of having to deal with two separate nominations for the same cemetery at the same time—or worse, accept a sub-par “citizen” nomination if the City’s promised professional version did not soon materialize.

I, of course, have no idea if such a conversation ever took place. I do know, however, in the matter of a couple of months, I was advised that Auburn’s professional consulting historian had finally brought the project across the finish line. Halleluiah! Now I would see what her fee and four years of waiting had bought.

So, here at this point, you may be thinking I’m ready to perform an autopsy, holding each dissected part of this document up to the light in order to expose and measure its flaws. And that’s not what this is about. Yes, I have some major disappointments with this document: chief among them that there was evidently no attempt to translate the approximately 100 kanji tombstones which comprise the heart of the cemetery. Together, their transcriptions amount to a primary resource which was completely ignored only because it was evidently inconvenient, over the course of four years, to engage a translator. I know of no professional historian who would say that all primary resources should be consulted, unless they are written in a language that you don’t personally speak. The nomination now moving forward contains inaccuracies that would have been revealed had this obvious step been taken. Of course, translating the tombstones (not to mention the kanji that virtually covers the flanks of the jizo statues) is, to my way of thinking, something the City of Auburn should have done years if not decades ago. They took over the management of the cemetery by 1965, yet never thought it was in anyway important to know the names and dates on the tombstones? Even today? Auburn really hung their consultant out to dry on this one.

But that (and other issues) aside, the nomination form is what it is: a compilation of existing resources (the English-language ones, at least) that ticks all the required boxes. In that finite respect, it is thorough and it is well written. Parts of it are quite impressive. The consultant certainly did a far better job in producing the nomination than I would have had the patience to do. And, most of all, it will carry forward the landmarking process, belatedly endowing the cemetery with the protections it certainly deserves.  And I remind myself that, at the end of the day, this is what is important.

So that said, why am I writing this manifesto today? Mostly to highlight that the City of Auburn made this one of the least transparent and least inclusive exercises I’ve seen performed by city government. Their disinclination to respond to even simple requests for updates is just the tip of the iceberg. I’m not even going to attempt to document every instance of their failure to communicate because it would serve no purpose here other than to try your patience—it’s a pattern with roots reaching all the way back to 2011 when I first raised the question of obtaining landmark status for the cemetery with the Julie Koler (then of King County’s Department of Natural Resources & Parks). And my fear is that the City is going to follow this same M.O. moving forward.

With official landmark status, the City may now have access to funds to initiate any number of projects at the cemetery. I’ve heard mention of ideas from restoring the Jizo statues to even renaming the cemetery to acknowledge a stronger connection to the historic Japanese community. My concern is that, as happened in the nomination process, these projects too will be done in an information vacuum. There is no evidence in the nomination whatsoever that there was any attempt to interview or even contact the living people who are the diaspora of the Auburn Pioneer Cemetery—the very community whose history the process was meant to preserve. Their family experiences, their input—their very right to be informed—were completely ignored during the nomination process. With no researched investigation into what they might be able to add to the historic record, they were deemed irrelevant to the process.

There is the tendency among cities to believe they have exclusive purview when it comes to matters of recording cemetery history or moving forward with restorations. After all, they are acting with good intentions in representing the best interests of the family descendants. Or at least they assume they are. And cities often feel no obligation to confirm the veracity of this assumption. After all, we live in a mobile society; people move away. Many descendants made that choice and, by doing so, they lost the right to express their opinions on cemeteries they rarely, if ever, visit.

There’s something to be said for this practical stance, or at least there was during the days before online genealogy databases and Google searches. Today, it’s not all that difficult to trace the descendants of those buried in what appear to be abandoned graves. And if there’s any doubt that we should, we need to remind ourselves that in the case of the Auburn Pioneer Cemetery, these families didn’t simply make a decision to move on to greener pastures. They didn’t leave to pursue their own agendas. They left only because we exiled them, en masse, because of our own wartime hysteria. To now exclude them with a shrug from these processes is to penalize them—again—for the discrimination that our community inflicted on them in the past.

So, Auburn, if your plans include restoring Jizo statues, please tell me you’re planning to contact Tora Kato’s living, vibrant descendants to advise them of your intensions. If you are going to rename the cemetery, please tell me you’ll contact the living, concerned descendants of Madison Hopkins, James Hart, and George Scott (all of whom are interested in this cemetery as an outgrowth of their own family research) before making any final decisions.  Tell me you’ll proactively make a fully translated transcript of the cemetery readily available for the living, caring descendants of the Togamis, Sagaras, and Otsujis—instead of just filing such a document (if you ever produce it) away in the museum’s research library.

In the case of the Japanese community, we are the sole reason these families initially lost contact with their ancestors’ resting place. We don’t get to now behave as if we have an exclusive right to make decisions affecting their family plots because they aren’t here to speak on their own behalves. We don’t get to assume that our best intensions equal their best interests, no matter how obvious we believe this conclusion to be.